England has played under various captains since Gareth Southgate has taken charge and the head coach intends to persist with this policy for some more time as he reckons it’s helping him explore the leadership abilities of the members of the squad. 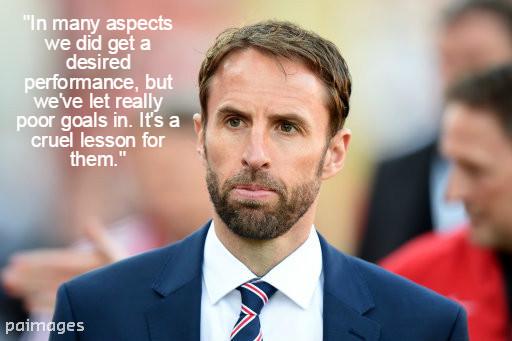 As per Southgate, having used different individuals as skipper on different occasions, he has found that quite a few individuals in the current group are capable of leading the side and that doesn’t include only the seasoned players, but some of the youngsters as well.

Also another advantage of giving different players the opportunity to lead is that it makes all of them more responsible and in that way, the team becomes a closely knit unit with everybody wanting to set an example.

On asked when he would be eventually naming the permanent skipper, Southgate says he is no hurry to do that. Yes it’s something that he will sit and think about at some point of time, but, it’s certainly not one of his top priorities right now.

Right now what’s his aim is to try out more players in the leadership role and see who manages to exert the most powerful influence on the group. Putting someone permanently in that role would mean that the squad just has one individual to look towards for inspiration and that’s not necessarily the best thing for the squad.

Also talking about Alex-Oxlade Chamberlain who has recently switched clubs and is set to feature for Liverpool now, Southgate says that for him Chamberlain is most suited in the wide position and not in the central position. Because of the fact that he is extremely quick and has a tremendous physical presence as well, he looks very, very threatening at the wings.