Hearts manager Craig Levein has urged Steven Naismith to resist the option of heading to Major League Soccer as that could squander his prospects of earning a berth with Scotland, should they qualify for Euro 2020. The veteran recently made a national team comeback after 18 months after the good form at Hearts and he managed to make amends with goals against Albania and Portugal. 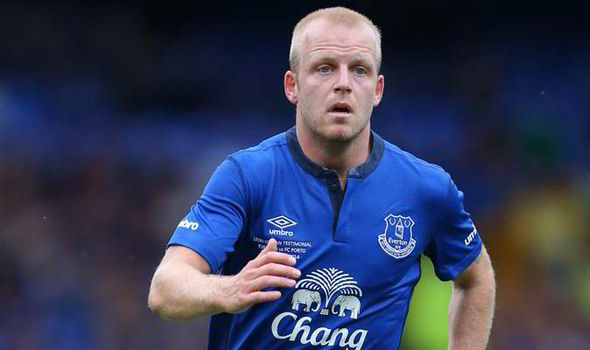 Speaking to reporters, Levein stated that Naismith could be better off staying with the Scottish Premiership side next season in order to realise the ambition of featuring for Scotland at the European Championship, should they progress, he said: “Through his efforts at Hearts he has got himself back into the Scotland squad and scored important goals at that level.

“All being well, we probably have the best opportunity as a national team to qualify for a major international tournament that we have for a very long time. I’m sure Naisy would be part of that as it stands. There is a whole generation of players that have never played in a major tournament and Naisy could be part of Euro 2020, which has come due to his performances here.”

Scotland are scheduled to begin their European qualifying from next month with winnable games against Kazakhstan and San Marino. Thereafter, they have difficult outings against the likes of Belgium and Russia where they have their task cut out to secure positive results. Should they fail to make the top-two, they would still qualify for the play-off semi-final after topping their Nations League group and they are scheduled to contest Finland for the same.

Naismith has been hugely impressive for the Hearts during the current campaign and he has already contributed 14 goals during the ongoing campaign. His present contract with Norwich City expires at the end of the season and this has recently triggered the speculation of him heading to the MLS before the new campaign begins next month.