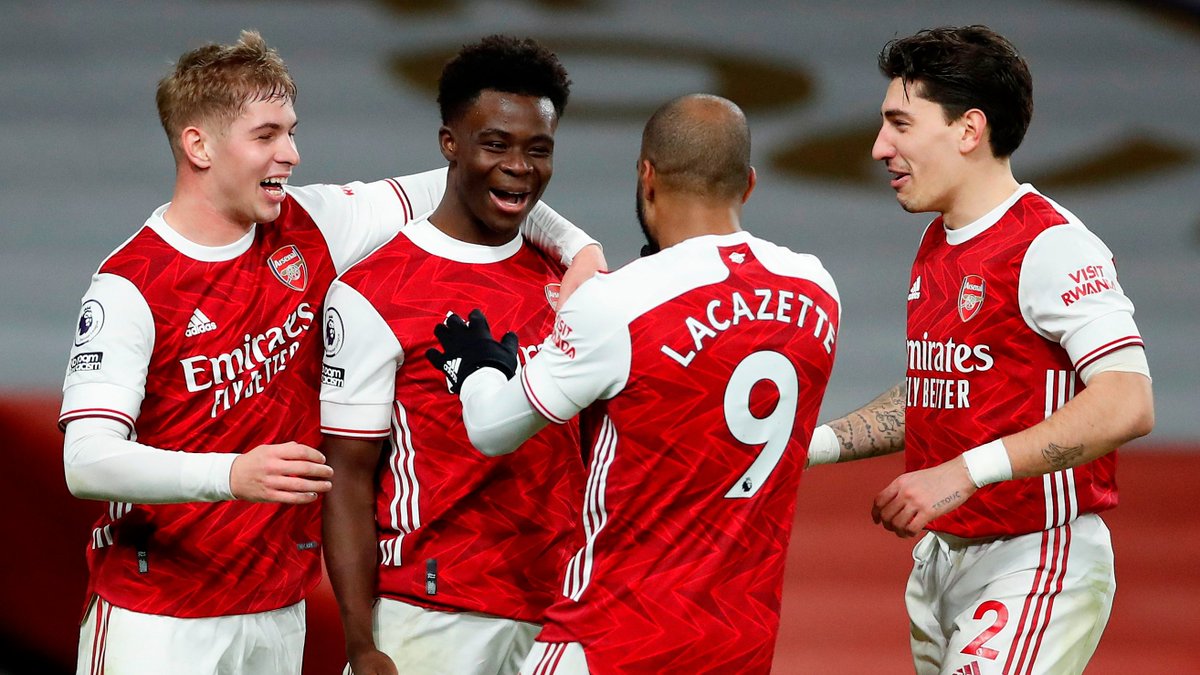 Emile Smith-Rowe has been able to forge a good partnership with fellow young midfielder Bukayo Saka to lead the Gunners away from the relegation zone and into contention for a Champions League spot on the Premier League table. Bukayo Saka is way ahead of Emile Smith-Rowe in the race to be a part of the England squad for Euro 2020 as he has made a handful of appearances for the Three Lions and he has been in very good form just like Emile Smith-Rowe in addition to the fact that the Nigerian-born player can feature effectively in defence, midfield and attack.

Emile Smith-Rowe was introduced into the Arsenal starting XI on the back of a seven-game winning run that turned the Gunners into a contender for relegation. His introduction has led to an unbeaten run of six league games including five victories. Emile Smith-Rowe has the chance of forcing his way into the thoughts of England manager Gareth Southgate for Euro 2020 if he’s able to keep up his good form. The Arsenal youngster has provided three assists in his six league starts for Arsenal from the Chelsea game to underline his effectiveness for the Gunners since he came into the starting XI.
Emile Smith-Rowe